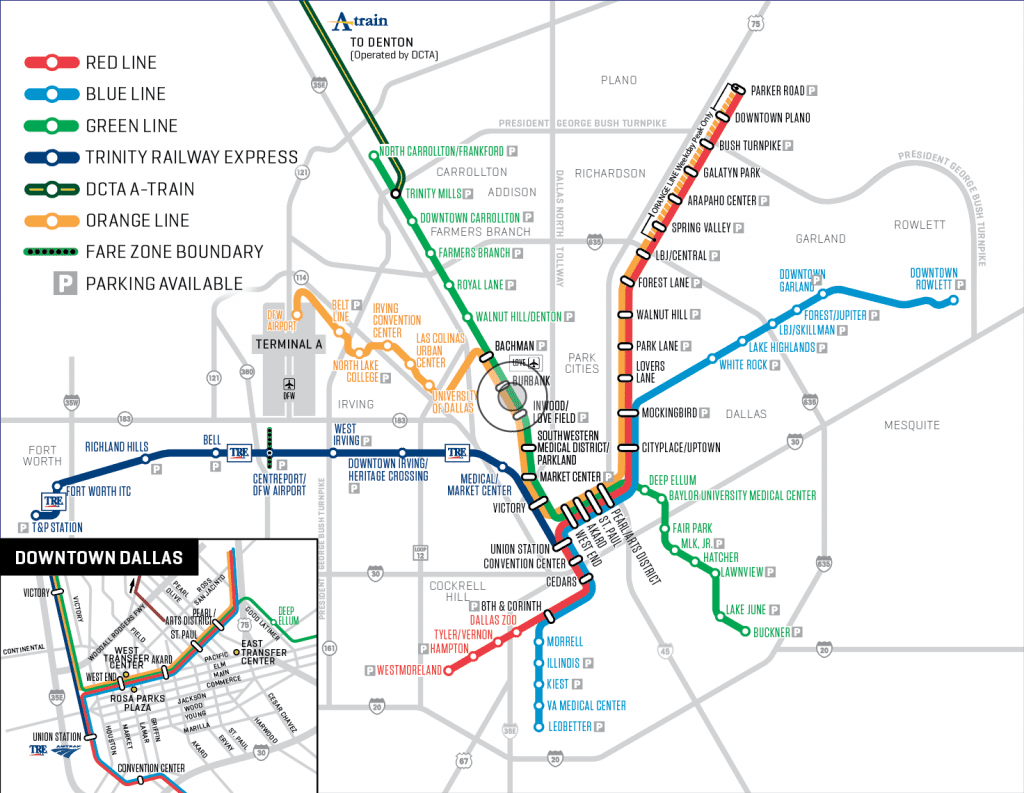 The Dallas Area Rapid Transit (DART) system, which includes light rail and bus service, is the fastest-growing mass transit network in the United States. It facilitates access to key job centers in Dallas and its suburbs, as well as the DFW International Airport. DART also interfaces with the Trinity Rail Express (TRE), a commuter train, to transport passengers between downtown Dallas and Fort Worth, with stops at several suburbs in between. Fort Worth residents are served by The T, which also connects to the TRE. The A-Train, operated by the Denton County Transit Authority (DCTA), connects DART riders in Carrollton to an additional five stations ending in Denton.

In addition, the Dallas Region has two operating streetcar systems. The M-Line trolley system connects the West Village in Uptown with downtown. The new Dallas Streetcar began service in 2015 and will eventually connect downtown Dallas with the Bishop Arts District.